It turned out that the white solid piece found on a broken door in an ancient Egyptian grave was the oldest solid cheese in the world. 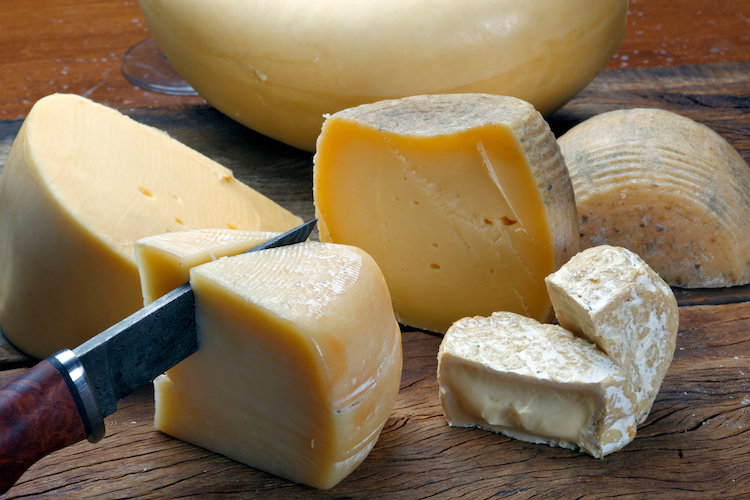 Probably made of sheep or goat milk, this cheese was found in the ancient grave of Ptahmes, a high-ranking state official by archaeologists a few years ago, after the biomolecular identification of archaeologists’ team proteins.

The fact that ancient Egyptians liked cheese as a grave gift, made this finding of 3,200 years especially remarkable. But that was not the only exciting thing about the finding. This cheese also matched what archaeologists knew about the importance of dairy products in the development of the human diet in Europe.

Approximately two-thirds of the world’s population is lactose-sensitive. Today, dairy products are a daily part of the diet of many people living in Europe, North India and North America, but it is only possible for adults to drink milk from the Bronze Age, the past 4,500 years.

In a large part of human history, adults lost their ability to consume milk after infancy, which is also true today for those with lactose intolerance. Those with lactose intolerance can not secrete enough amount of enzyme called lactase after they are cut off from the milk. This enzyme lactose, which is a milk sugar, needs to be easily separated from digestible components. Consumption of dairy products leads to disturbing symptoms such as bloating, bladder gas and diarrhea in people suffering from lactose intolerance resulting from lactase deficiency or the absence of lactose.

Ancient DNA analysis on human skeletons from prehistoric Europe dated the earliest appearance of LCT-Geni, responsible for the formation of lactase, to 2,500 BC. However, there is a great deal of evidence of milk consumption from the Neolithic period (about 6,000 to 2,500 BC in Europe).

This is not surprising, as the Neolithic period marks the beginning of agriculture and people’s side-by-side life in most areas of Europe. We know that people of the period can not digest the milk, but Neolithic populations process it in such a way as to transform the milk into the substances that can digest it.

Using a method called “lipid analysis” it is possible to analyze the ancient pottery fractures and detect the oils which are absorbed in the kiln. With this method, archaeologists can find out what is being cooked or processed in the pot.

Today we must thank our ancient ancestors for the cheeses we ate. C: Shutterstock

Although it is not yet possible to pinpoint the species of the animal, the presence of milk oil can be detected. It is also a problem for scientists to determine which methods are used to make consumable dairy products reliably. In one of these methods, the lactose in the fermentation of the cigarette turns into lactic acid. The amount of lactose in the cheese is low because, when making cheese, the main ingredient of the cheese is the whey, which is separated from the whey in which most of the milk lactose is contained.

In Poland, the milk of the clay sieves, similar to today’s cheese screens, is found in the pores of milk, indicating that the sieves are used to separate the sieved milk from the whey. It is not known whether it has been consumed after the cut-off sorting process. Milk fermentation is also possible for our ancestors, but it is very difficult to examine it with the methods currently available for archeology.

Scientists are trying to make cheese using the tools, plants and methods of Neolithic farmers. The aim of this experiment is to understand how the early cheese cheeses are for the early cheese makers, not as they actually do. The experiment has already given interesting results.

Using ancient methods, it was discovered that there are many different ways of cutting the milk, that cheese was obtained in different ways, tastes and quantities in every way.

Such information may have been simulated by the spread of bronze meltdown at the end of the Neolithic period. Scientists say dairy products at that time may have a special place among all food items. A special kind of pottery was found in the Late Neolithic settlement called Durrington Walls near Stonehenge.

Since the Bronze Age, the lactate agonist offers an advantage for some people who have been able to transfer it to their offspring. It is believed that this advantage is related not only to increased caloric and nutrient intake, but also to the specific location of the more dairy products. The development of this biologic adaptation developed against the duo took place after people found ways to safely incorporate dairy products into their diet.

This not only shows that people manipulate food to make them consumable, but it also shows that what we consume can lead to new adaptations in our biology.